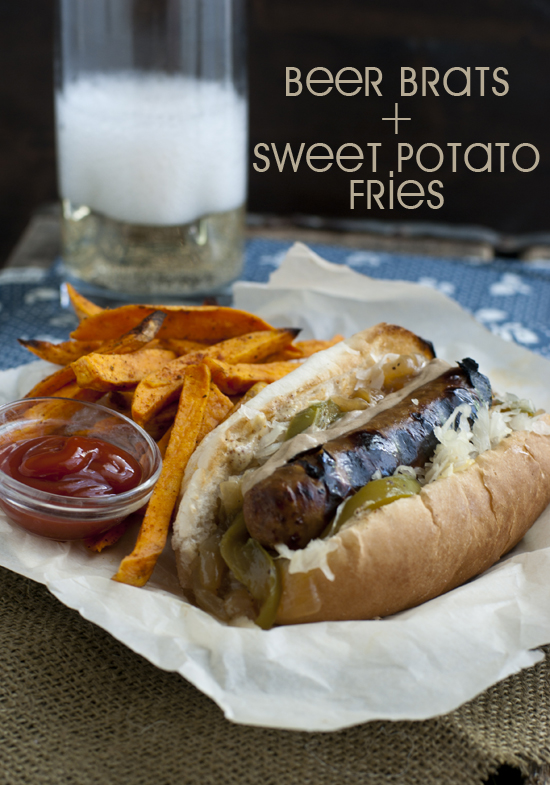 This is the third year (season, rather) that I have participated in a Fantasy Football league. Now I can tell you that I know the basics of how to play the game – six years in marching band have at least taught me that – however, I am not so great with ‘strategizing’ a Fantasy team or ‘checking player stats’ and details like that. My draft choices go a little something like this:

My husband: “You should pick up *insert player’s name here* this week. You need another wide receiver.”

Me: while scrolling through available players “Nope, not that guy. I don’t like the shape of his head. Wait, I found someone. Yeah, Plaxico. That’s an awesome name. Wait, he what? Why would he do that?” 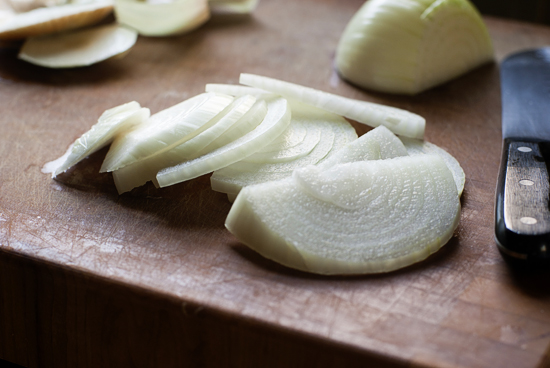 I lucked out my first year and actually made it to our playoffs (to the shock of my entire league). Last year my luck ran out. You see, I developed a knack for picking players on the verge of career ending injuries. I pick them up – they break a leg. I move someone onto my starting line up – severe concussion. It never failed. I became known as the Black Hammer of our league. 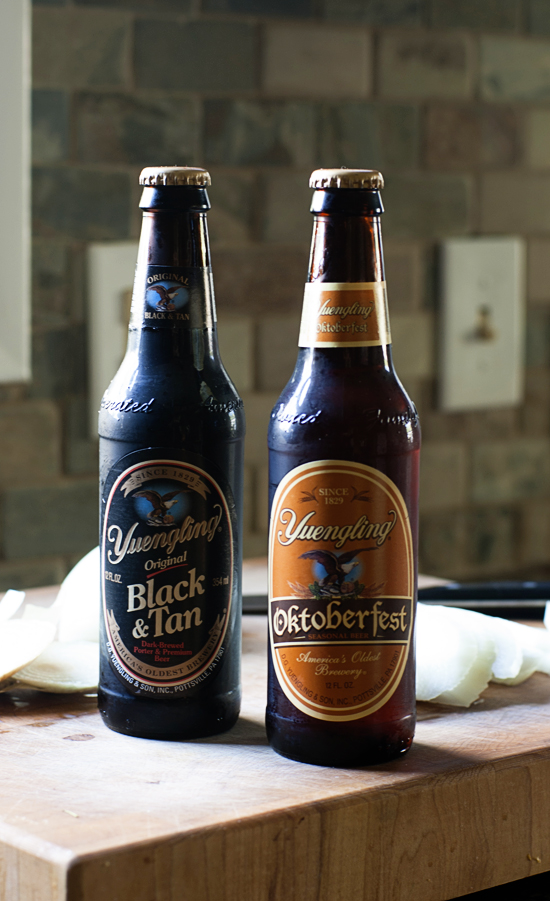 Unfortunately, this year seems to be a continuation of my terrible streak of violence against the players. I anticipated it, however, and named my team ‘Team Nightlock’ (come on, don’t pretend that you don’t love The Hunger Games as much as I do) with the scoreboard abbreviation: Deth. It’s appropriate. By the end of this week (week three) I have 7 players with injuries – 6 of whom will probably not be playing next week. I don’t have enough healthy body parts on my bench to rub together to get two healthy wide receivers. Last night I picked up a new guy (Cecil Shorts – his name spoke to me). My husband is panicking that I will play Michael Vick (from his beloved Eagles) just to have his arm fall off in the first 2 minutes of the game. I refuse to drop him. I’m drunk with power. The violence needs to end.

As much fun as it is to play puppet master with my players’ health statuses, what I really love about football is not the Fantasy league (although it is a gas most of the time). It’s not the setting of the lineups or rooting for your home team. It’s the food. Food is key. It can’t be sissy, fru fru food. It needs to be a menu that screams ‘SPORTS!’ and ‘SWEAT’ and ‘Woo, Hoo! CHECK OUT THOSE PANTS!’ Words with one syllable, like chips, dip, pretz (name the show!). Or in this case: beer and brats. Oh, and fries. Can’t forget the fries. 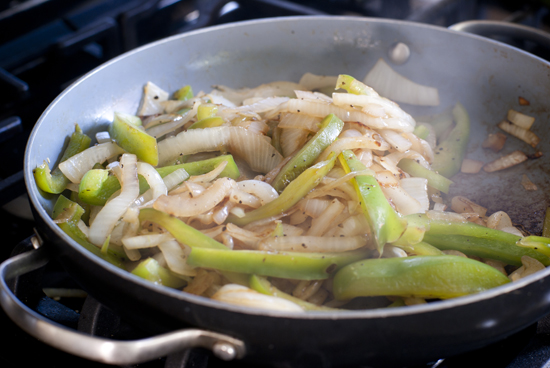 Beer brats are great for football and tailgating – the whole works. Simmer the brats in a kicked up beer bath then throw then on the grill. I love grilling in the Fall. Chilly grillin’.  Top the brats with onions, peppers, sauerkraut and mustard then serve them up with some out of this world, smoky sweet potato fries and you’ve got a home run. Woops, I’m getting my sports analogies mixed up. On to the recipes! 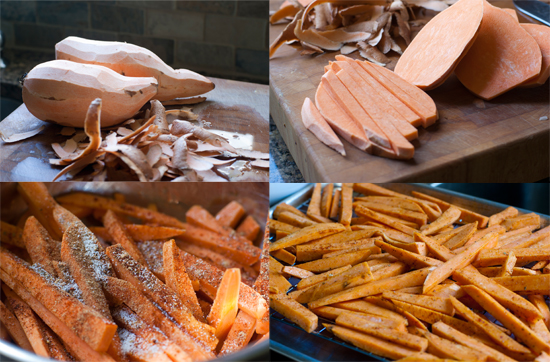 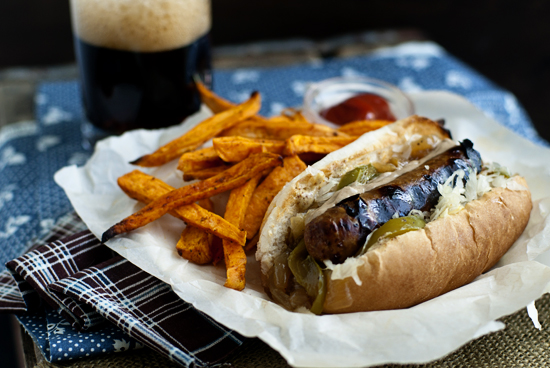 Heat 2 tsp of olive oil in a large Dutch oven over medium heat. Add onions and sauté until the onions are beginning to caramelize, but not burn. Add beer and remaining 6 ingredients (through caraway seeds) and stir to combine. Increase heat to high and bring to a boil. Add brats, cover and reduce heat to a simmer. Allow brats to cook through, about 30 minutes. Heat an indoor or outdoor grill over high heat. Grill brats until grill marks appear, about 5 minutes. Remove them to a platter, cover, and set aside.

Heat 2 teaspoons of olive oil in a large skillet over medium high heat. Add onions and peppers and sauté until tender and caramelized, stirring often, about 15 minutes. Cover and set aside.

Top each hoagie bun with a grilled brat, plenty of caramelized peppers and onions, and your choice of extras: brown mustard, bbq sauce, sauerkraut

Serve Brats with Brown mustard, Sauerkraut or Bbq sauce if desired.
Print Recipe
Sweet Potato Fries
Six side dish portions
Ingredients:
2 Large Sweet Potatoes
2 Tablespoons of olive oil
Salt and pepper
2 Tablespoons of Old Bay Seasoning
Directions:
Position your racks in the middle of your oven (for baking one trays of fries) or the upper and lower thirds (if baking two trays of fries). Preheat oven to 450°. Grease 1 or 2 large, rimmed baking sheet with non-stick spray.
Peel potatoes and cut into fry shaped pieces (Cut into ¼-1/2 inch slices, then cut the other direction to create sticks).
In a large bowl, toss potatoes, olive oil, salt, pepper and Old Bay Seasoning. Make sure oil and seasonings have evenly coated the potatoes.
Spread potatoes out onto the baking sheet into a single layer. Depending on your size of potatoes, you may need 1 or 2 baking sheets. Bake for 24-30 minutes or until fries are cooked through and beginning to crisp.  With a spatula, stir or flip the fries half way through the baking time. If baking on two sheets, rotate the sheets 180° and swap positions in the oven at the time of fry flipping.
Serve with ketchup or your favorite fry dip!
Printable Recipe
posted in dinner, lunch, sides
8 comments »