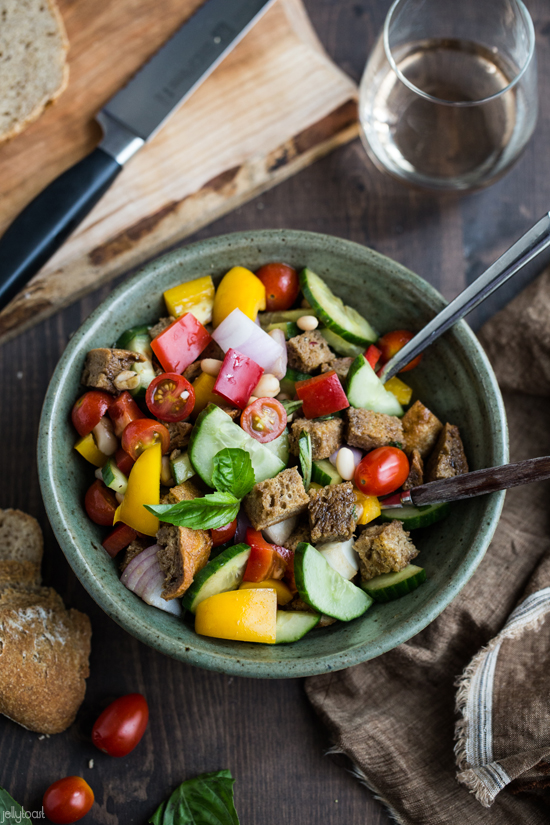 I’m definitely not a girl who could ever go low carb. The smell of freshly baked bread brings tears to my eyes and makes me weak in the knees. This may be a problem, now that I’m thinking about it. I just love bread, I can’t help it.

But, I don’t want to help it. Really, I don’t.And when you have a perfect loaf of freshly baked bread, you need a serious bread knife. A bread knife that is sharp, strong and that will cut through a crusty exterior and tender crumb while leaving the structure of the bread intact. In other words, a knife that won’t pulverize your loaf. There’s nothing worse than ruining a loaf of bread with a sub-par knife. 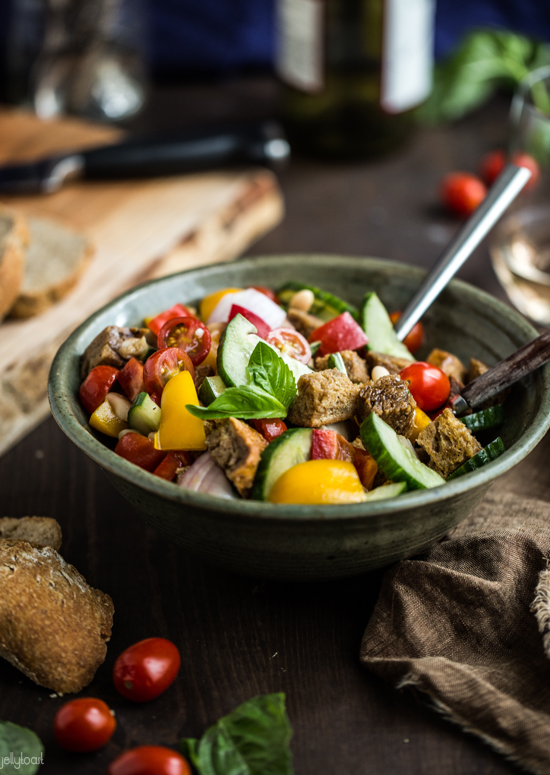 This brings me to my big news: The first ever giveaway on Jelly Toast! Thanks to the awesome folks over at Big Kitchen, I am giving away one gorgeous Zwilling J.A. Henckels Twin Four Star II Stainless Steel 8 Inch Scalloped Edge Bread Knife.
Before giving one of these knives away to one of my awesome readers, I really wanted to put it to the test. I have had bread knives in the past that sort of fell flat. Or rather flattened my bread in their attempt to slice. So, I set out to see what this Twin Four Star II was all about.

I figured making a whole batch of croutons for fresh and healthy Panzanella Salad would be the perfect test. I made one batch of my favorite bread and got to slicing. The Twin Four Star II cut through the golden crust like buttah. No joke.

It was a sight to behold. I wanted to sing, and maybe, possibly did a little. Much to the dismay of the kiddos. They’re a tough crowd sometimes. Or maybe they just don’t ‘get’ my bread songs. 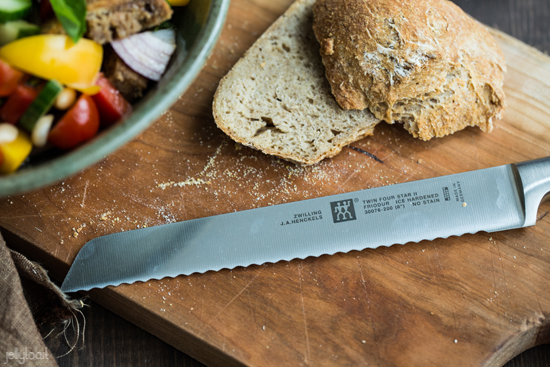 I couldn’t have been happier with the performance of this knife, plus, the croutons it made for the Panzanella were excellent. Crunchy, substantial and the perfect little vehicles to soak up the tangy, balsamic vinaigrette.

My Panzanella is a bit of a twist on the traditional. It’s got your usual tomato, cucumber and of course, bread. But I love to add in white beans for another textural element. Plus, between the bread, beans and veggies it’s truly an entire meal in one. I ate a giant bowl of this crunchy, filling salad and was beyond satisfied for the rest of the night. I used whole wheat bread, but feel free to use your favorite loaf of rustic bread.

You really can’t go wrong with your favorite. 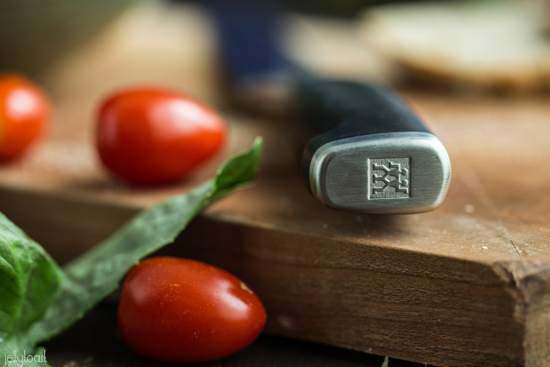 The giveaway has ended. Thank you all for entering!!

Don’t forget to enter the giveaway to win your very own Twin Four Star II bread knife from Big Kitchen! Just fill out the handy dandy form below.  Also, I gave you the opportunity to earn a bunch of chances, because well, it’s always fun to win cool stuff, right? Especially an awesome new bread knife.

**Be sure to fill out the Rafflecopter form for your chance to win! There has been problems with seeing the form in Internet Explorer, so if you can’t see the form (directly below this paragraph) please try opening in another browser such as Firefox or Safari. Good Luck and thanks for entering!!** 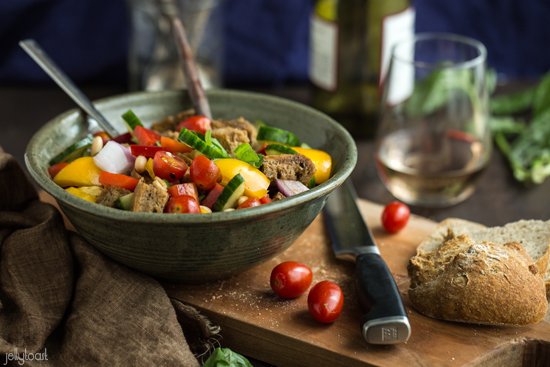 Disclosure: I received a free bread knife from Big Kitchen for the purposes of this review. All opinions expressed are completely my own. The bread knife prize for the giveaway is also being provided and shipped by Big Kitchen.

For the bread: Place cubed bread on a rimmed baking sheet. Spray with olive oil spray and bake at 350 degrees for about 15 minutes or until dried and crunchy. Allow to cool.
In a large bowl, combine toasted bread cubes, cucumber, tomatoes, red and yellow bell peppers, red onion, white beans and chopped basil. Toss to combine.
In a jar with a tight fitting lid, add olive oil, vinegar, mustard and salt and pepper. Replace lid and shake well until combined. Pour dressing over salad and toss to coat veggies and bread. Serve immediately or allow to sit for about 15 minutes to let flavors mellow together.
Enjoy!
Print Recipe
posted in lunch, sides, spring, summer
64 comments »

64 comments on “panzanella salad and a big kitchen giveaway!”