cloth napkins + why i love them 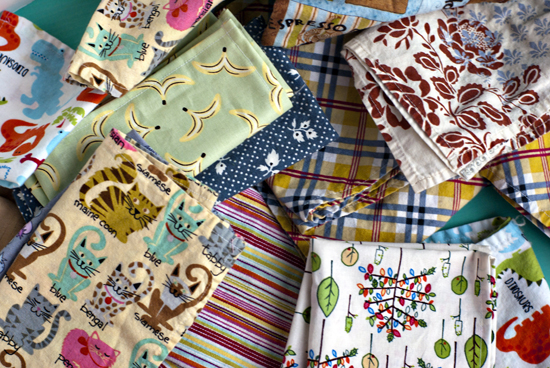 I have something a little different that I wanted to share with you today. It’s not a recipe, but rather a small item that has become a big part of our everyday routine over the last year: Cloth Napkins

Around this time last year, I was beginning to feel like we were settling into a new family routine. The Baby wasn’t as much of a baby anymore. She was a bit over 2 years old, newly potty trained and getting big enough that she and the Buddy were really beginning to play together on their own.

In other words, we were exiting the baby stage of our lives, aka: survival mode, and moving into something a bit more relaxed

And it was (and still is) fabulous. 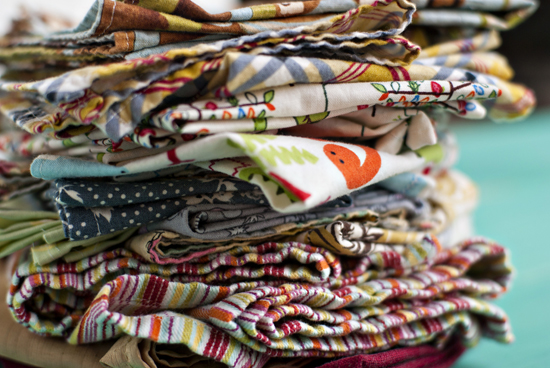 Well, in this more relaxed day-to-day living, which is to say several full nights of sleep a week and no more diaper changes, I found that I had some time to reassess our daily routines. The way we did things as a family. This led me to think about how I could do things a little more responsibly with our family budget, and in turn set a good example for the kiddos. And quite possibly save a tree or two.

All of these thoughts were going through my head as I’m scrubbing down my counter tops, wiping up sticky faces and drying my hands on mountains and mountains of paper towels. I’m not kidding. I am embarrassed to admit how many paper towels I used to go through. Let’s just say I was probably single handedly keeping Costco in business with my paper towel purchases.

It was a light bulb moment for me. I began thinking about the several sets of cloth napkins that had been sitting in a drawer for the last 7 years (wedding presents, really) that we only pulled out on ‘special occasions’, which is to say, never.

After a quick inventory I realized I already had about 2 dozen cloth napkins in my house, several of which still had the tags on. This was definitely going to be a solution to my horrible addiction to paper towels.

After making the decision to switch to cloth napkins I also made the effort to use my kitchen towels and dish cloths more for cleaning and drying counter tops and dishes. And before you ask, yes, these were other jobs that I had assigned paper towels to previously.

I was a mad woman with those paper towel rolls, I’m telling you. 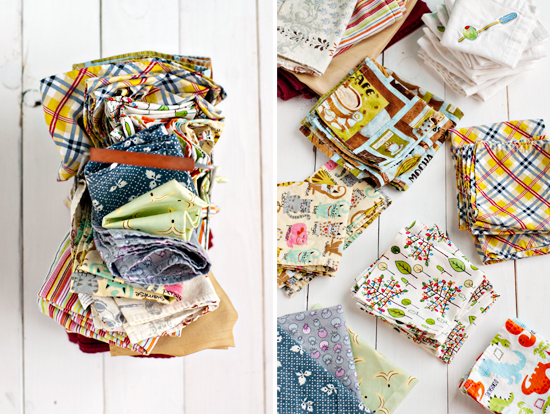 My 2 dozen napkins were a good start, but unless I wanted to have to do laundry every 3 days (which I clearly didn’t want to do seeing as how I had just exited baby stage and wasn’t eager to go back) I knew I needed to beef up my supply.

I decided that sewing up my own collection of napkins would be simple enough and a good way to put a dent in my crazy fabric stash. I let the kids pick out fabrics they liked and didn’t worry about having large matched sets. I like to keep things casual and random. Kind of like me, if you think about it. I am about as casual a person as they come. Seriously, I own one skirt and one pair of non-jean pants. Casual.

It turns out that the kids love their crazy napkins. It gets them excited about helping set the table (yay for little helpers!). I put the Baby on napkin duty and she loves to assign who is getting which napkin at dinner. She is often drunk with napkin-choosing power.

Ever since we made the switch, we have gone about four times as long between paper towel purchases as well as significantly reduced our kitchen garbage (which was also helped by my new compost bin, but I’ll save that for another post).

I have to admit that I was nervous about the increase in laundry because I am a total laundry procrastinator. In all honesty, I have not even noticed an increase of laundry. I just throw the napkins in with the other loads and they haven’t made any noticeable difference.

One last thing to note when it comes to cloth napkins (and this is just us, mind you) is that we don’t necessarily get a new napkin at each meal. Now, don’t be grossed out! If we eat lunch, and I don’t even touch my napkin the entire time, I’m certainly  not going to throw it down the laundry chute and get a new one for dinner. I just leave it sitting patiently at my spot until the next meal rolls around.

It’s like sniffing a pair of jeans to determine if you can get another wear out of them.

No? Maybe that’s just me… 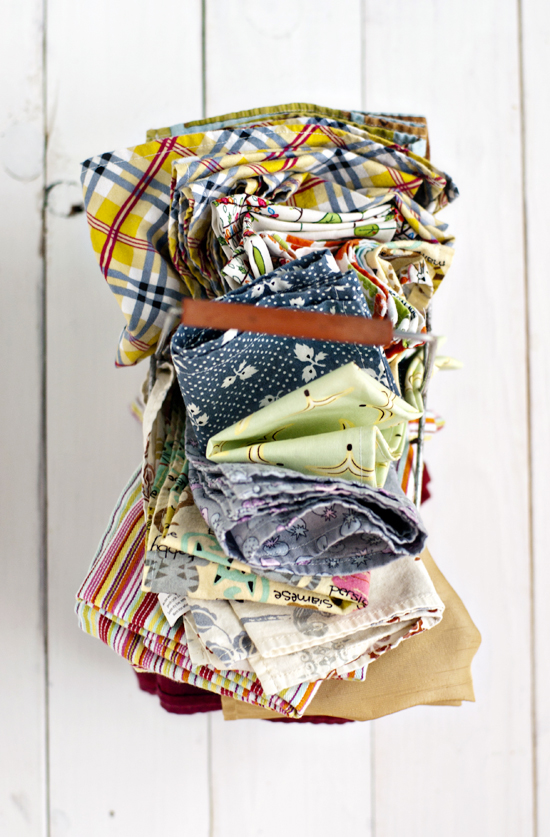 Does your family use cloth napkins? I’d love to hear your tips!

7 comments on “cloth napkins + why i love them”