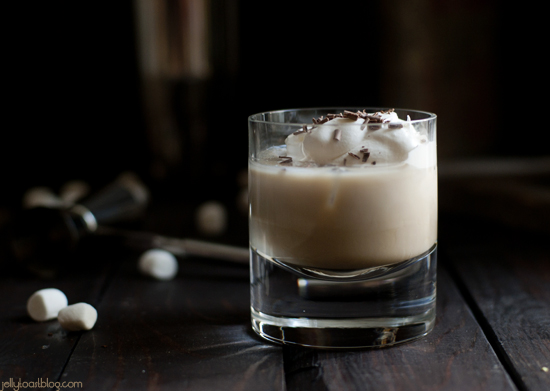 With the New Year right around the corner, I definately have cocktails on the brain. I’m not a big drinker, but this time of year I have been known to enjoy a cocktail or two (or three) at parties. A few weeks ago I bought a bottle of Smirnoff Marshmallow Vodka because, well, it’s marshmallow vodka and it sounded amazing. Turns out it really is.

So for the past few weeks now I have been ‘recipe testing’ with this amazing bottle of marshmallowy goodness. I came across a ‘dark and fluffy’ recipe that sounded promising and decided to throw in some Peppermint Mocha Kahlua to make it even more decadent – and boozy. Plus, I am in a serious courtship with mint and coffee, so really this is my idea of the perfect little cocktail. Garnish it with a bit of whipped cream, mini marshmallows and shaved chocolate and you’re in business.

On another note, I’m not totally sold on the name for this drink. I really wanted to call it some type of ‘Russian’ after ‘The Dude’s’ signiture drink from The Big Lebowski. I have a weird obsession with that movie, by the way, and was getting all quotey with it while drinking this. I ultimately decided on ‘Dark and Minty’ (after calling it the ‘Dark Russian’ for about a week). What do you think? Is there a better name for this little guy? I guess it doesn’t really matter because it tastes friggin’ amazing. 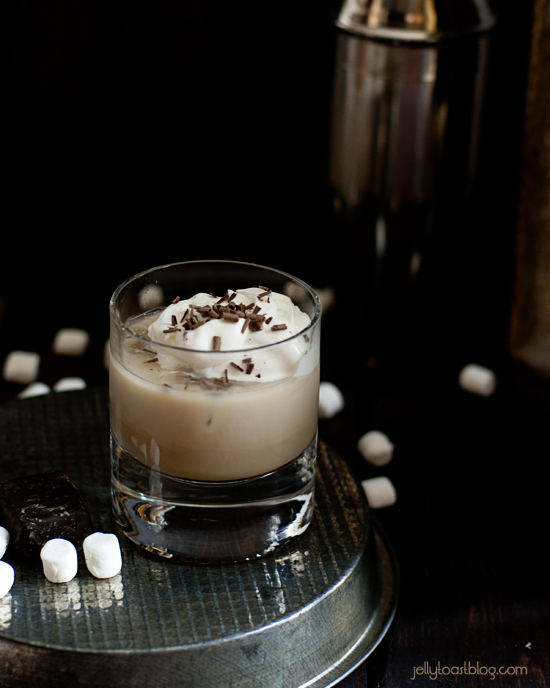 Fill a high ball glass with ice. Pour vodka, chocolate liqueur and Kahlua over ice and stir. Top with half and half. Garnish with whipped cream, marshmallows and shaved chocolate.

8 comments on “dark and minty”